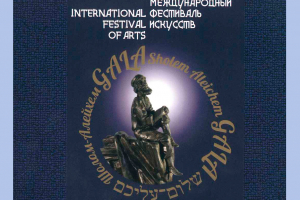 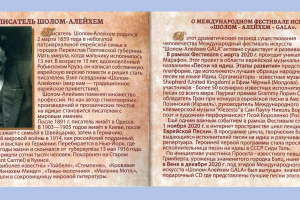 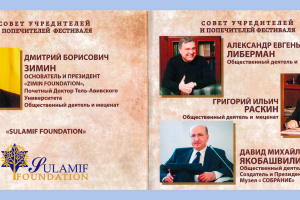 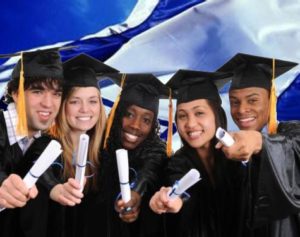 Nothing is so crucial to the future of our youth as education. Economic hardship should not prevent exceptional students from earning the best education. By assisting needy students, the Sulamif Foundation allows today’s young men and women to build their future.

Our aid has touched the lives of countless recipients throughout the world. Special attention has been paid to the needs of those in the former USSR  and other regions of economic difficulty. We invite all interested parties to contact us for further information and applicdtion materials. 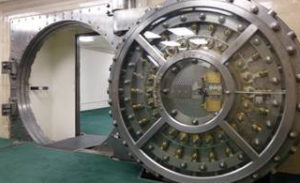 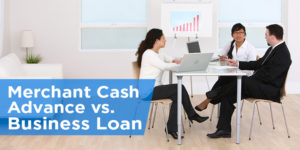 Future prosperity is built on entrepreneurial spirit, but even the best business plans can be spoiled by a lack of funds. The Foundation can provide low interest or  interest free business loans to establish a new business or to expand an existing  one. Small Jewish owned and operated businesses play an important role  in sustaining Jewish communities, yet they are often excluded from traditional capital markets. By making capital available to such enterprises, we ensure that these businesses will always be active contributors in their eighborhoods and communities.

Centuries of intermarriage and integration into the world c

ommunity, today magnified by the economic prosperity in the industrialized countries, have begun to erode Jewish culture and traditions. To counter the loss of Jewish identity, the Foundation seeks to cultivate an awareness in young Jewish men and women of their rich culture and heritage. We encourage activities that foster the unifying spirit of the Jewish faith and promote understanding and tolerance for others.

To promote these ideals, the Foundation provides assistance for applicants demonstrating financial need to participate in various cultural activities, like Jewish summer camp programs and religious-themed trips abroad, including trips to the Holy Land.

Each year the Foundation sponsors a number of activities designed to promote Jewish culture, unity, and leadership. We play an active role in Jewish communities throughout the world and often cooperate in our activities with other organizations, from the Hillel Student Association to the American Jewish Distribution Committee.

We are proud of our efforts to support the arts, including annual sponsorship of the Solomon Mykhoels Art Festival in Moscow and education through vocational and professional schools from St. Petersburg to Israel. The Foundation also actively defends the rights of those targeted by anti-Semitic campaigns.
Our most rewarding efforts are those that directly bless individual lives. In the mid-1980’s and again in 1991, Ethiopian Jews were rescued from an intolerable political situation by dramatic airlift operations to Israel. The Foundation is one of many organizations that helps nearly 30,000 Ethiopian Jews currently living in the Holy Land.

We also act as sponsors in various events. 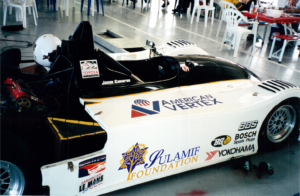 The Foundation has also brought to light the history and culture of Chinese Jews. Kaifeng, located on the principal trade route between Shanghai and Beijing, was once a flourishing center of Jewish culture. Origins of the Jewish community there date back to the eleventh century and a synagogue was first built for Jewish worship in 1163 AD. Unfortunately, by the nineteenth century the Jews of Kaifeng were mostly dispersed or assimiliated into the local culture. Today, a handful of Jews remain in Kaifeng and the Sulamif Foundation supports efforts to preserve the cultural heritage of the Kaifeng Jews, including the translation of Chinese Jewish writings.

Footage from the movie “Israel: They Say the Winds of World War II“, filmed with the support of Sulamif Foundation 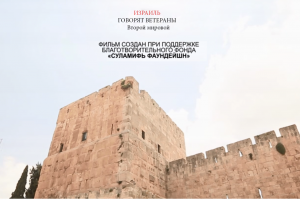 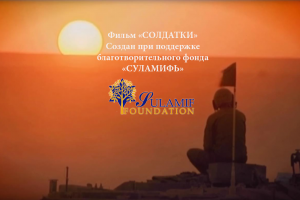 In recognition of our dedication to serving the needy, several humanitarian awards have been bestowed on the Sulamif Foundation. This is simply a reflection of the success we have in improving the lives of individuals and families worldwide.

One of the aims of the Sulamiff Foundation is to preserve the cultural heritage of the Jewish people, which is why the Foundation has supported the project “To Life! le Chaim!” dedicated to the International Holocaust Remembrance Day and the 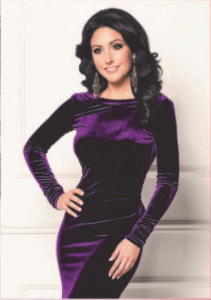 70th anniversary of the State of Israel. Celebrities of  Jewish culture from all over the world participated in unique performances, which took place in February in Montreal, Ottawa and Vancouver 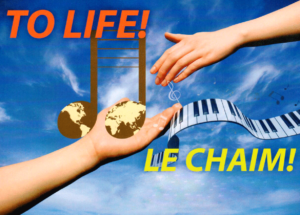 Leaders and participants of the project were greeted by the Prime Minister Justin Trudeau and many respected members of the Canadian parliament. The Prime Minister thanked the hosts of the concert and said that he was honoured to join the 70th anniversary of the founding of the state of Israel. He also stated that this concert was intended “to honour the memory of  the millions of Jews and many others killed by the Nazis during the Holocaust.”

The Sulamiff Foundation was proud and honoured to support such an important and exciting project for an incredibly worthwhile cause that will live long in the memory of all those who participated. 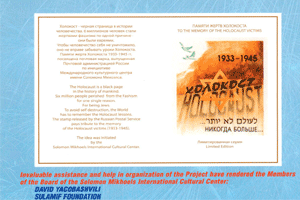 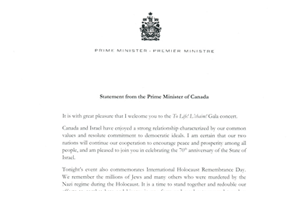 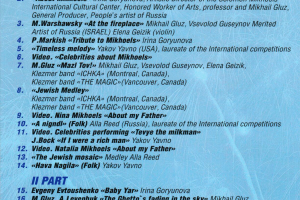